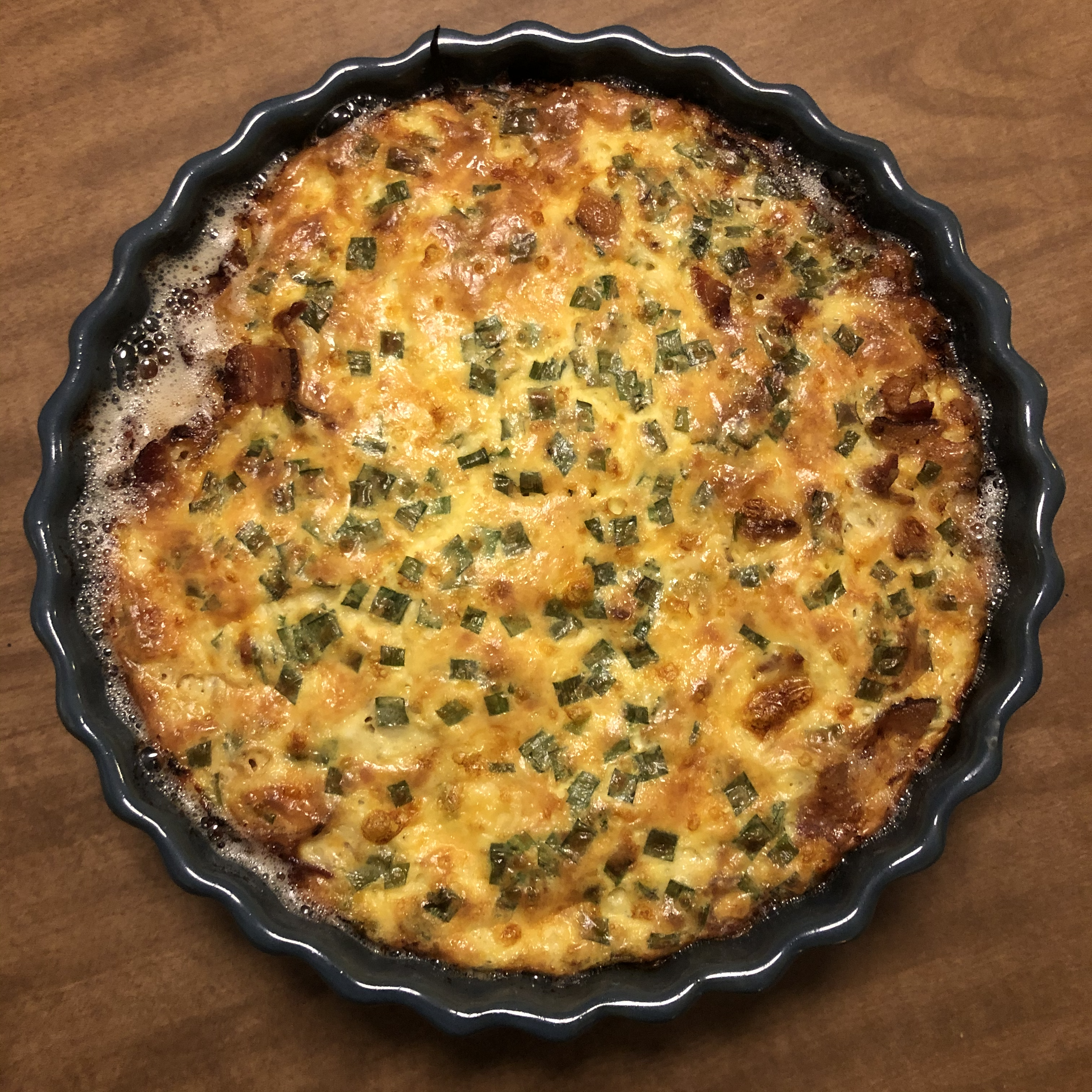 Preheat oven to 425°.
Cook the bacon until crisp. Leave the grease in the pan. Drain bacon on paper towels and chop when cool.
Heat the grease up over medium heat. Add the diced shallot and cook for 2-5 minutes until translucent.
Mix the bacon and shallots together and evenly fill the bottom of the pie crust.
In a large bowl, mix together the duck eggs, heavy cream, whole milk, salt, and pepper. Once combined, mix in the shredded gruyere (and garlic chives if you have those).
Gently pour the mixture over the bacon and shallots. Spread evenly.
Bake for 25-30 minutes, until a toothpick comes out clean when inserted and removed. Cut and serve immediately.

Cut your tenderloin into 2″ cubes.  Brown in a large skillet with the olive oil. Once all the meat has been browned, pour off excess oil except for about 2 tablespoons. Degaze the skillet with the wine and add the chopped onion sauting until brown. Add into your slow the meat, de-glaze liquid, all the chopped vegetables, and the onion rings. Crush half the Cuban oregano in your hand and add to the dish. Dissolve flour in some cold water and pour over the meat and vegetables. A tablespoon of Kitchen Bouquet will improve the color if you desire a darker gravy. Then, fill with water to the mazimum level your cooker will support. Set the time for 4 hours on high. About 30 minutes before the dish is done, crush the remaining Cuban oregano leaves and add to the slow cooker.  Season with salt and pepper as needed.

Strip the leaves from washed kale and cut diagonally in wide slices. Wash, peel and chop potatoes. Slice sausage into slices. Saute onions, carrots and garlic until soft, about 5 min. Add potatoes, sausage and broth and simmer partially covered, 15-20 min. Stir in tomatoes and kidney beans and simmer 5 min. then add kale and simmer 5 more min. Season to taste and serve with a hot crusty bread.